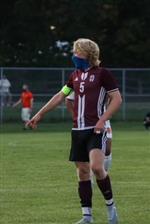 He ended his KC career as an elite athlete — with a school record of 15 varsity letters.

It was a change inspired by friends and teachers.

Brill, 18, grew up in a military family who moved from California to Oregon to Virginia to Japan to North Carolina. When his parents divorced, his mother Michelle Brill’s family urged her to return to Michigan to take advantage of The Kalamazoo Promise. She moved with Breven and his younger siblings Kiana and Bode to Kalamazoo.

It was not an easy move for Breven Brill.

“We lived in North Carolina prior to coming to Kalamazoo. That was for five years. That was the longest I’d ever lived in one spot,” he said. “I felt like I had created a community and I felt like I was going to settle into.”

He was determined to go back to North Carolina.

“I would only talk about home — North Carolina — with people I was meeting. I only played soccer that year. I didn’t reach out to anyone.”

But at the end of the year soccer teammate Ryan Halloran pulled him aside.

“He said he thought I was wasting my potential,” Brill said. “He wasn’t trying to be a jerk, he just saw a lot more in me than what I was putting out.”

The next school year — Brill played five sports to make up for lost time. In addition to being a soccer forward, he became a kicker for football. He joined the swim team competing in the butterfly — and was voted captain for the following year. In the spring, he picked up lacrosse and golf, both of which he had never played before. By the end of the year, he’d been voted captain of the lacrosse team. 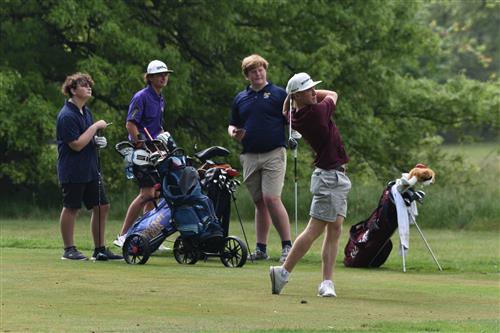 “Sports is kind of a release for me. I feel it’s a rewarding thing,” he said. “I’ve always believed in training to the fullest. I feel like that applies to anything. When I get to the games, I don’t really think. I feel like I’m going on autopilot and I let all of that work takeover, which is a lot of fun.

Brill was also a member of the National Honor Society and worked at the Kalamazoo Country Club. In the fall, Brill will be attending Kalamazoo College, where he has committed to playing soccer.

The irony of his disliking Kalamazoo when he moved here — and now committing to another four years in the city — is not lost on him.

“Really, I was rejecting this place at first, but now I love it. I feel like on K’s campus I’ll be thrown into the atmosphere and really get to see that thriving Kalamazoo culture. I’m so grateful for all of the opportunities that I got. Everything that my teachers and friends pushed me to do that I didn’t think I was going to be doing. It felt like I made this place a home for myself. I couldn’t be happier with that.”